What’s New in the Gaming World?

While the professional gaming and esports industry has grown, so has the number of casual gamers and watchers. In 2020, over 100 billion hours of gaming content was consumed on YouTube alone—that’s double the number of hours watched in 2018.

The gaming community is highly connected on social media and within video games themselves. Many gamers use video game platforms as social media websites. Gamers can communicate, strategise and form relationships with others. Twitch has over 15 million daily users and Discord has over 140 million monthly users. Both platforms allow gamers to communicate and connect with other gamers, game developers and gaming brands.

So, what’s happening in the gaming world right now? 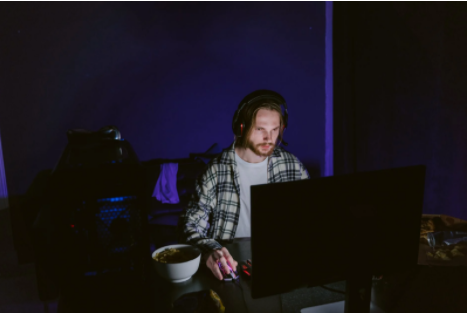 It’s no secret that the gaming industry is taking over the entertainment industry. It has already secured the number one spot for the largest entertainment sector, and this is largely due to its evolving audience.

Over a decade ago, many would describe a “gamer” as someone who owned special gaming hardware and lived and breathed a certain type of game genre. While this is still a gamer today, the general term has become significantly more inclusive. Nowadays, a gamer can play anything, from Fortnite to Candy Crush or they may not play at all, and just consume gaming content.

There has been an increasing number of gaming fanatics that join in with the culture without ever switching on a gaming console. Reasons gamers have for watching instead of playing include a lack of time and finances to purchase/play games or to watch master gamers. It takes time in order to be a master at a specific game, but new gaming audiences can turn on a livestream and watch a streamer master a game. The interactivity of the livestreams often allows viewers to feel like they are playing the game themselves.

The gaming community has always been a strong presence on social media networks and Twitter is no exception. The gaming audience on Twitter is massive. In 2020, there were more than 2 billion tweets about gaming and 91 million unique gaming authors. Not only does this show the popularity of the genre on the platform, but shows the broad number of opportunities for brands, influencer marketing and paid advertising.

The Twitter gaming audience is global and predominantly driven by Gen Z. Interesting to note, the number of gaming Tweets written by women has increased by 31% since 2020. Conversations on gaming continue to grow as the Twitter gaming audience continues to be highly engaged and active. Besides gaming, gamers on Twitter also discuss food and drink, fashion and TV regularly—something for non-endemic brands to consider if they’re thinking of targeting the gaming audience. 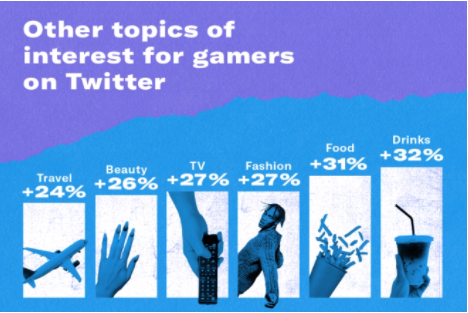 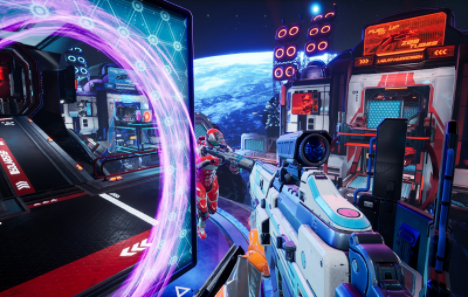 Splitgate is a free first-person shooter game that features player-controlled Portals. Described as “Halo meets Portal,” the beta version is available on PlayStation, Xbox and PC.

The game has been available for a couple of years but has continually struggled to maintain a player base. However, recently player count exploded so much the game was forced to go offline. Developers 1047 Games explained the server threshold could maintain 65,536 players, but this threshold was overthrown by players. The developers decided to take the game offline to prevent players from having a bad experience. In compensation, they also rewarded players with five in-game drop ins.

Although having server issues is never a good thing, having too many players for a game from a small four person development studio shows how popular it is getting—something likely welcomed after years of struggling to maintain a player base. 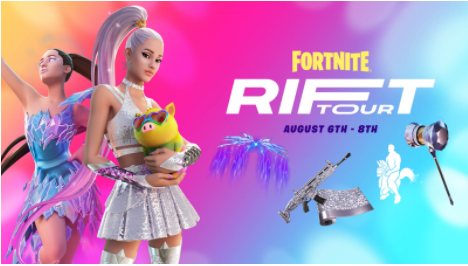 From August 6th to 8th, Fortnite hosted the Rift Tour. With five showtimes available to global audiences, the show was headlined by a virtual Ariana Grande.

Players were dropped onto a massive rainbow slide and could pick up powers that made them go faster as the concert was kicked off by Marshmello. Following bouncing in a stuffed bear and shooting down a giant crystal monster, players were crowded together to watch Ariana Grande kick off her part of the event.

While a virtual Ariana Grande performed, players could run around a Greek-inspired temple with a godlike Ariana floating above them surrounded by bubbles, unicorns and rainbows.

While the event was centred around Ariana’s persona, the event fit into Fortnite’s Metaverse as she performed to a giant banana, Rick from Rick and Morty and Batman. Players could buy an Ariana Grande outfit and cosmetics from the Fortnite in-game store. 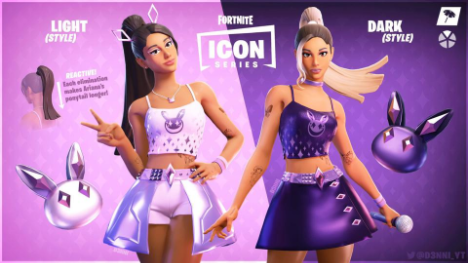 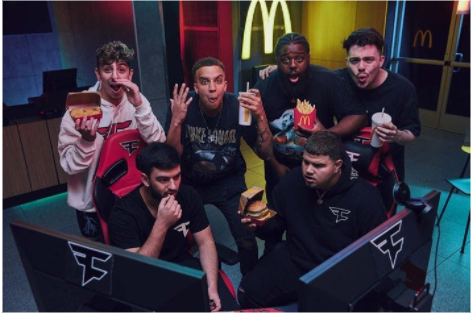 Fast-food restaurant McDonald’s has announced a new major partnership deal with Faze Clan. In an aim to highlight diversity within the gaming industry, the two companies will create a series of content.

Claimed by the FaZe Clan as one of the largest fast food sponsorships, the partnership was announced in a video with the biggest FaZe stars having fun in a McDonald’s restaurant. This sponsorship is one of US McDonald’s first steps into the gaming and esports space.

Content created will include a range of stories from the growth of FaZe Clan members and highlighting up and coming talent within the gaming industry. 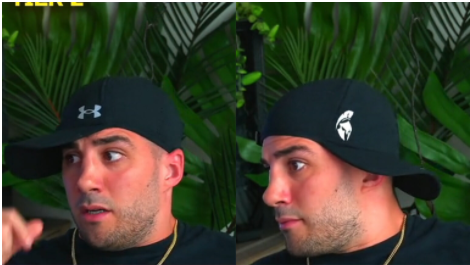 In a move that further blurs the line between gaming and fitness, Under Armour is sponsoring NICKMERCS. The now-variety streamer is a big advocate for fitness and health and has created a fanbase that shares a similar outlook on fitness.

Nick has created his own workout regime for his MFAM fanbase called “Get Better Together”. Now he’s under the Under Armour banner, the streamer is hoping to work alongside other huge names like Tom Brady and Dwayne Johnson.

Nick has already teased a new merch collection that features his and Under Armour’s logo during his livestream.