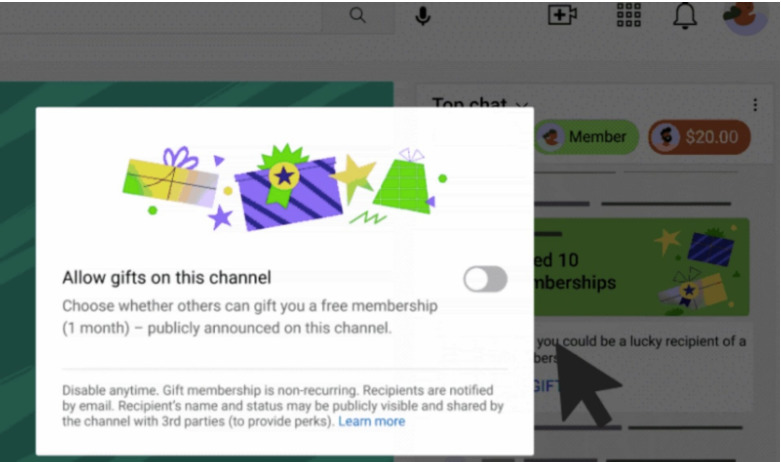 YouTube is introducing a feature that gives creators and fans the ability to gift paid channel subscriptions. Subscriptions as gifts have been popular in places like Twitch which has been deemed to be a major competitor for YouTube in terms of gaming. Subscriptions have been hailed as one of the most effective ways to generate revenue. It also does wonders in terms of enhancing user engagement as well as the community. (Via Digital Information World)

Instagram has recently come under fire from influencers for their inability to tackle the issue of account impersonators. Influencers have criticised the platform for cracking down on scammers pretending to be prolific influencers in hopes of scamming fans out of their money. Influencers claim it’s tried everything to help make their fans aware of the seriousness of the situation, including sending out reminders about the increasing number of scams, but without Instagram intervening, there isn’t much hope. (Via Digital Information World)

NFT Information has announced the launch of a new reserving system which permits customers to add and pay for personalised billboard ads within the Metaverse. It is the first-of-its-kind answer for promoting within the Metaverse, serving to onboard 1000’s of brands to Decentraland via an easy and environment friendly person interface.

Burger King has launched a new campaign that invites consumers to enter a hunt for buggy deals littered on the Burger King app and social channels that offer up to 40% off. Once a day, buggy offers are released to whoever is logged into the app. The app also encourages users to share bugs they find, and those who repost on social media using the hashtag #BugKing will get a discount coupon. (Via Ads of the World)

What do you get when you mix Taco Bell, Dolly Parton, Doja Cat and TikTok? A musical about Mexican Pizza, obviously. Premiering exclusively on TikTok on May 26, Mexican Pizza: The Musical features two stars who have already been associated with the Mexican Pizza’s return—Doja Cat and Dolly Parton—and has music from Abigail Barlow and Emily Bear who won the Grammy for Best Musical Theatre Album for The Unofficial Bridgerton Musical. (Via Food and Wine)