Back in February, TikTok was announced as a global sponsor of UEFA EURO 2020. TikTok is the first digital platform to partner with the Euros and aims to be a home for football fans to share their excitement as the tournament progresses.

Football content on TikTok has become increasingly more popular over the last few months. The #football hashtag has nearly 130 billion views, which is an increase from 70 billion when the TikTok x UEFA EURO partnership was announced earlier in the year.

“Where Fans Play” is TikTok’s first work for the partnership and shows a mix of iconic football moments interspersed with TikTok additions. The app has secured the necessary permissions to use the content catalog and licensed soundtracks, and has even built its own AR filters for fans.

How Fans can get involved

The partnership between TikTok and UEFA has its own space within the platform. When users open the app, they are greeted with a UEFA EURO 2020 circle in the top-left corner that will take fans through to a dedicated Euro 2020 page. 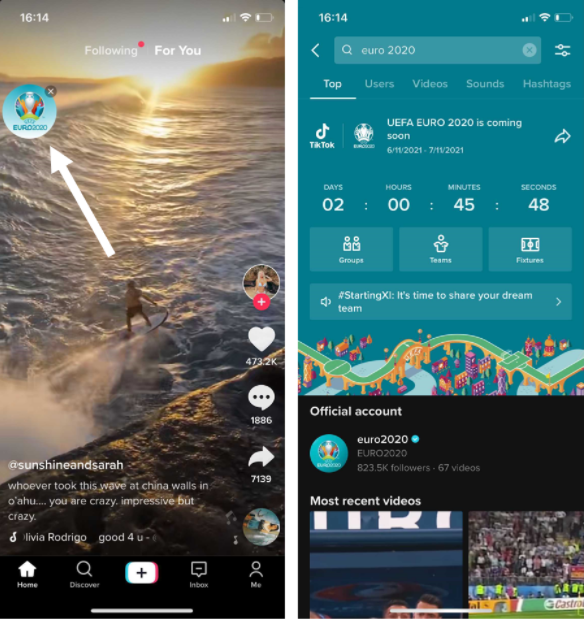 Currently, the Euro 2020 page provides fans with a direct link to UEFA.com in addition to a live countdown, key football hashtags and information about groups, teams and fixtures. Key football hashtags promoted include #StitchEvra, #MyFootBallAnthem, #StartingXI, #KeepToTheBeat, #Tekkers and #Ballers. These hashtags all have at least 30M views, with some reaching over 644.3M. 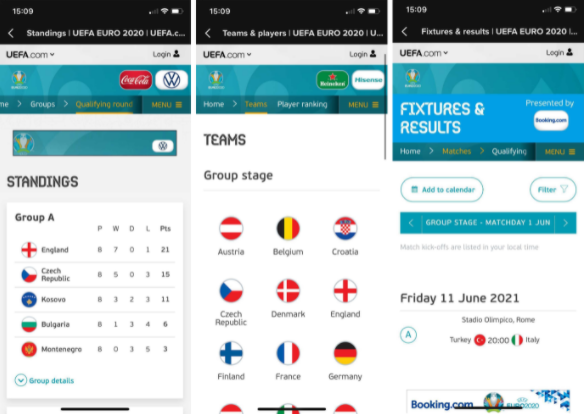 In addition to promoting the official account for the Euros, fans can scroll through the page and find popular content categories such as “Football Facts” and “Top Celebrations”, official team and player TikTok accounts, official TikTok x EUROs effects, hashtags, videos and sounds. 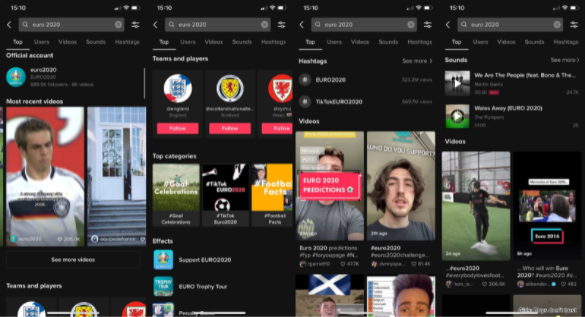 The Euros TikTok page has created an exciting space for football fans globally. There is content available in different languages, videos of great goals from various teams and popular football songs from different countries.

The platform has provided football fans with all the tools they would need to create Euros-themed content, and has given them a space where it can be promoted and found by the right audience.

The three filters created for the partnership already have a combined total of over 41.5K videos created using them.

In addition to hosting a space fans can enjoy football content, the Euros and TikTok partnership will also include a virtual concert featuring David Beckham and Ed Sheeran.

Who else is getting involved?

Just Eat is another official partner of EURO 2020 and has been promoting the chance to win UEFA EURO 2020 tickets across its socials. Delivery drivers and riders have also been seen sporting a new delivery bag with the EURO 2020 logo printed on.

Heineken has been getting involved with the Euros by inviting Rio Ferdinand to join the Heineken Hall of Fame in celebration of UEFA Euro’s 60th anniversary. They welcomed the football master to the Hall of Fame with a prank, assisted by Welsh footballer Robbie Savage. 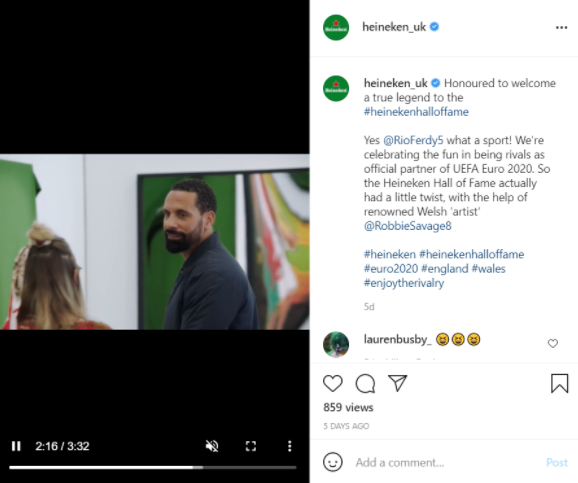