The Demand for Diversity in Social Media Marketing

Diversity has always been important to consumers, but never as important as it is now. Modern consumers have a passion for social justice and actively reject performative brands and those who sit back passively.

Countless brands have been criticised heavily over the past decade for a lack of representation within their workforces and marketing campaigns. As a result of this, brands have been encouraged to recognise the role they play within the social justice conversation and assess how they can prioritise representation and diversity. Actively taking a positive stance in the social justice movement benefits both parties; a diverse social media ad campaign boosts the reputation of a brand and, most importantly, gives a microphone to underrepresented voices.

In the past few years, social media has been the driving force behind countless social, environmental and political movements. It has allowed voices to be heard, brands to be held accountable and diversity to be celebrated.

But we still have a long way to go.

The development of technology and social media has revolutionised communication. We now have instant access to information on a national and global scale. The ability to access and share this information has changed the way we connect to and engage with social justice and activism.

Thanks to social media features such as feeds, profiles and algorithms, communities have been able to engage global audiences to promote and increase visibility on discrimination and a lack of diversity within social media marketing. Social media has allowed voices to be amplified and increased the collaboration across diverse groups of people.

From 2014’s ALS Ice Bucket Challenge to #LoveWins to #MeToo to Black Lives Matter, social media has been at the centre of spreading awareness. 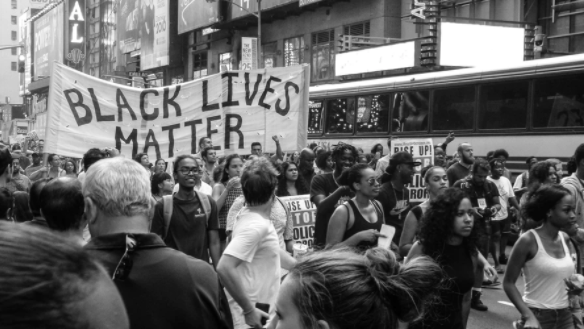 Now more than ever social media users are actively calling out brands, influencers and others for racist, sexist, homophobic and performative actions towards these (and more) causes. Brands and influencers have been given an opportunity to show their loyalty and active parts in helping the social media world become a more diverse and inclusive place.

Social media has housed open letters from ex-employees of businesses, leading to entire boycott campaigns on social media. These boycotts usually led to businesses transparently reassessing and reevaluating their diversity strategies in their entire workforces and influencers and models chosen in marketing campaigns.

While representation and diversity within online and social media marketing has improved over the past decade, brands are still a fair distance from being entirely inclusive. Consumers have made their attitudes towards diversity in online advertising clear, but what impact does a diverse representation in a digital campaign have on performance?

Facebook published a report on diversity and representation within advertising and highlighted key points marketers need to look into in order to maximise connection with their audiences.

Facebook commissioned a survey of 1,200 people aged 18+ in Brazil, the UK and the US to find out what Facebook users expected from brands in terms of online marketing. Over 50% of consumers said they do not feel culturally represented in online advertising and over 70% expect brands to promote diversity in their advertising efforts. The survey also found that members of diverse communities felt most affected; Latino and Black Americans were 1.8 times more likely to say they saw negative stereotypical representations of their communities in digital advertising.

Facebook found that brands who addressed representation received better responses from consumers, including increased sales and loyalty. Nearly 60% of respondents said they were more likely to be loyal to and purchase from a brand that promotes diversity and inclusion in their online marketing.

Not only did the platform find that consumers had increased loyalty as a result of diverse campaigns, but ad recall was significantly higher. An explanation for this is that consumers are more likely to remember an advert that has a similar character to themselves. By including a more diverse cast, you are marketing directly to more people.

How brands are driving diversity and inclusion in marketing

Unilever launched its Unstereotype advertising campaign in 2016 with an aim to change how geneders were presented in advertisements. It recently announced “Act 2” of its Unstereotype campaign which aims to make “end-to-end inclusive marketing a priority”. Act 2 aims to help the next generation be free from prejudice.

Unilever is going beyond performative advertising and implementing structural changes across its marketing process. The structural re-set aims to integrate diverse and inclusive thinking across all of its brands, from product development right through to advertising production.

Unilever identified 4 key points its company and brands will exercise:

To support the release of its new neutrals lingerie range, M&S created a campaign titled “Nothing Neutral About It”. While the campaign will predominantly run in-store, it will also appear in paid media, across press and digital out-of-home.

M&S decided to reevaluate its inclusive colour offerings in response to the BLM movement as well as customer feedback on industry standard colour names such as “tobacco”. To create a genuine range and campaign, M&S consulted its Culture and Heritage staff network.

For the campaign, the models selected had different shapes, styles, sizes and skin tones. Each model chose their own lingerie and poses for the campaign. The range and campaign gives customers the freedom to match their skin tone in a style and size that makes them feel great.

M&S has been using its YouTube channel to offer consumers transparency on its diversity and inclusion efforts, as well as promoting the M&S Culture & Heritage Network.

How influencer marketing can contribute to diversity

Influencers have been a driving force behind social media trends and this includes impacting the consumer demand for diversity. Consumers have their priorities set to diversity and equality and influencer marketing is a great way for brands to show their stance. By using a diverse pool of creators, brands can tap into the wide audiences that represent different and underrepresented communities.

Brands, alongside content creators, have a responsibility to encourage positive social change. Using influencers from a range of backgrounds and communities enables brands to align with social issues their audiences care about. Nowadays, brands need to show their support for social issues as 75% of Gen Z claim that being politically or socially engaged is important to their identity. If a brand can connect with an audience through shared support, it increases the chance of creating a loyal customer base.

Brands risk damaging their reputations if they neglect to show support for certain social issues and communities. As discussed, casting a diverse campaign can have incredibly positive effects on a brand’s reputation, sales and customer loyalty—90% of millennials say diversity can improve a brand’s reputation.

Therefore, it is essential brands are seriously considering the creators they work with in order to align with their audience’s values and ethos. But what other benefits does a diverse influencer casting present?

By partnering with diverse influencers, you are ensuring access to an audience that may have not previously aligned with your brand or products. A diverse casting shows your brand, products and services are for everyone’s use. This allows more audiences to relate to your brand as they connect with the influencer’s identity.

By using influencers from underrepresented communities, brands are able to authentically represent and support these communities.

Brands can dramatically increase the relatability of their brand, services or products by creating an influencer campaign that features a diverse range of creators. In turn, this increases the reach of their campaigns as the content is shareable. Users can use creators to tap into previously inaccessible audiences by using influencers that can reach them.

Brands can reap the rewards of influencer marketing

Within traditional marketing, brands have found it difficult to feature a diverse casting. As a result of this, many have failed to accurately relay their key messaging and values.

The demand for diversity

Over the last few years, consumers have made it blatantly clear that having a diverse representation in marketing is a need. However, this is still a major issue brands are still resolving. Brands need to start taking their equity, diversity and inclusion efforts to the next level. They need to learn to contribute to the uplift of social justice by implementing steps to ensure their marketing meets an authentically diverse criteria.