How Beauty Brands Are Targeting the Gaming Audience

The gaming industry has seen dramatic evolution over the last decade. There has been a surge of new gamers from all types of demographics as a result of consumers finding new methods of entertainment during particularly challenging lockdown restrictions. In 2020, there were 2.69 billion active video gamers globally. A notable change in the gaming audience is the rising number of female players.

In 2014, the average gamer was a young male adult aged between 16 and 24. Nowadays, the average gamer is anyone around the age of 35. This market growth has made the gaming audience appealing to non-endemic brands, particularly those within the beauty sector.

How are beauty brands targeting the gaming audience?

One of the most frequent ways beauty brands target the gaming audience is through collaborations and makeup collections.

MAC Cosmetics has been incredibly active and successful in partnering with various mobile and desktop games to create physical and digital makeup collections. MAC’s collaboration with mobile game Honor of Kings sold out in China within 24 hours and even pulled in a massive 14,000 pre-orders. The collection’s success in China resulted in MAC taking the collaboration global, and the success was only matched. 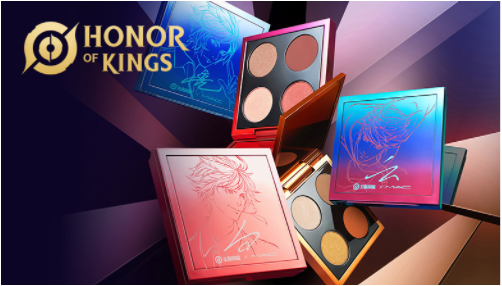 The collaboration led to many beauty and gamers fans using the Honor of Kings products for cosplays. The game is very popular among average users (those between the ages of 20 and 30), meaning the collaboration is a huge success with a die-hard niche of gaming fans. 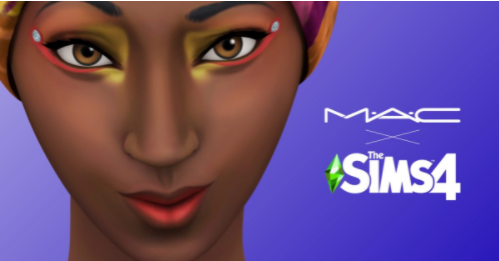 MAC Cosmetics has also collaborated with The Sims 4 to create a real-life palette and the first-ever in-game makeup collaboration. The beauty brand worked with The Sims 4 developers to create a range of eyeshadows, eyeliner, blush and lipsticks in game. The in-game makeup was made available to all users in a base game update and was inspired by some of MAC’s best selling makeup shades.

Aside from MAC Cosmetics, other beauty brands getting involved with beauty collaborations are ColourPOP and Tatcha, both of which collaborated with the globally successful Animal Crossing: New Horizons. 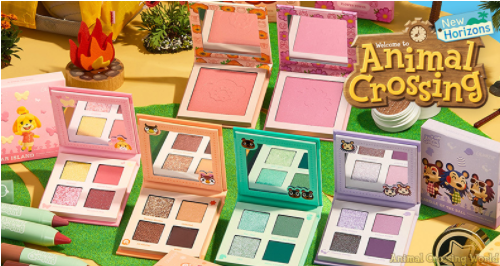 Tatcha went for a different route to ColourPOP and created its very own island within the game. To launch its new Rice Wash cleanser, Tatcha worked with influencer Claire Marshall to design Tatchaland. Inspired by Kyoto, the self-care get away offered players a Tatcha robe or hoodie and guided tours around the onsen spas, tea houses and bamboo forests. The island offered users educational areas too; players could visit rice paddies to learn about product inspiration, hang out with Tatcha founder Vicky Tsai or even play a scavenger hunt in the game where players could have won a free travel-size The Rice Wash in real life.

The GIRLGAMER Esports Festival’s 2020 world final in Dubai was sponsored by three cosmetic companies: Johnson & Johnson’s Carefree, L’Occitane, and Benefit Cosmetics. All three cosmetics brands hosted on-site activations during the competition. The activations would have allowed the brands to showcase their product offerings and offer attendees a more immersive beauty experience. 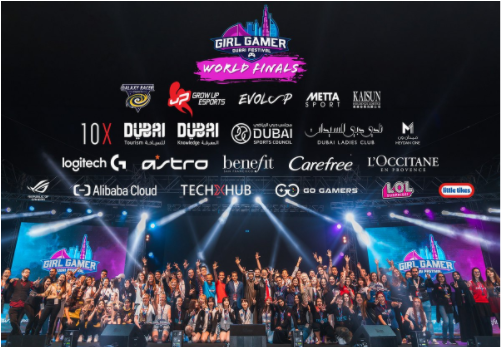 Benefit Cosmetics has become a repeat partner for the festival, reminding attendees and viewers of its relevance. The festival hosts tournaments for Counter-Strike: Global Offensive and League of Legends and features appearances from top female-only esports teams.

How are beauty brands using Twitch?

Twitch may have launched with the goal of satisfying the entertainment demands of the gaming audience, but it has since expanded to interest the beauty audience. The platform was founded in 2011 and was quickly acquired by Amazon in 2014. Today, Twitch has over 9.36 million active streamers and 140 million unique monthly visitors. Not only does it have a huge active user base, Twitch is responsible for 1.8% of peak internet traffic, beaten only by Netflix, Apple and Google.

With 15 million daily users and a growing female audience (45% of the European gaming audience are female, and 41% in the US), it’s no surprise that the platform is steadily seeing more beauty partnerships and dedicated streamers within the beauty category.

E.L.F Cosmetics is credited as being the first beauty brand to create a branded channel on Twitch. It created elfyou with the idea of being a space where gaming and makeup collide harmoniously in “Game Up”; it would host weekly streams that would uplift female gamers and host contents with valuable prizes.

The channel launched in May with a 3 hour live stream hosted by gamer and special effects makeup artist Autumn Rhodes and other gamers, beauty influencers and musicians. To support the launch e.l.f also ran a competition on TikTok to encourage users to post how they put on makeup to get ready for livestreaming. The winners would be gifted makeup and tools needed to create their own livestreams as well as the chance to appear on e.l.f’s own Twitch channel. 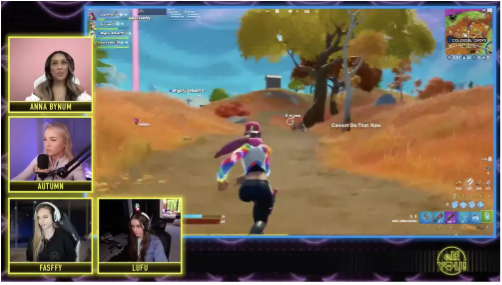 However, whilst the brand had every intention of supporting and uplifting female gamers, it was hit with hard criticism for not having a diverse representation of influencers on their channel. The influencers chosen were all white women, so understandably viewers and underrepresented communities were frustrated.

E.L.F’s move to Twitch is unsurprising considering the results of a social survey conducted by the beauty brand. It found that 70% of e.l.f fans play video games, while 65% enjoy watching others stream gaming content.

EM Cosmetics is owned by the original beauty guru herself, Michelle Phan. Phan made an early entry to the Twitch community and hosted a livestream to help launch a new product for Em Cosmetics. Whilst playing League of Legends, Phan promoted the new Daydream Cushion foundation by programming ads for the new product to show during the stream and in breaks. Em Cosmetics sold nearly 250% more units compared to previous launches and the 3.5 hour livestream accounted for 17% of revenue that day.

Benefit Cosmetics has recently joined the streaming platform alongside a new campaign called “Game Face”. Benefit plans to use the global program to continue supporting and empowering women in gaming and to engage all beauty lovers across the gaming space.

The Game Face campaign was initially launched in the US and Australia in 2020, but was expanded to a global scale after its successful launch. At the end of June, Benefit hosted streams on Twitch partnering with 20 gamers from the US, UK, France, Canada, Brazil, Australia, the Middle East and Germany. The livestreams showed gamers recreating their “Game Face” routines while discussing confidence as a female gamer. The gamers also unboxed special Benefit hauls for viewers.

Benefit has also opened the campaign up to the masses and invited all gamers who love beauty and makeup to send in their Twitch IDs to feature on Benefit’s Twitch channel. To further solidify its place on the streaming platform, Benefit will be offering financial support, sponsorships for makeup streams and merch giveaways for streamers’ fans.

Benefit’s main aim is to create a safer space for women to game online. Women within the gaming community face harassment and underrepresentation consistently, so Benefit is providing a space they are recognised.

The Future of Beauty and Gaming

The traditional gamer has evolved to have interests that appeal to wider markets. With a large increase in female streamers and viewers, beauty brands need to become more innovative with their marketing efforts.

The popularity of livestreaming is only set to grow. Livestreaming through Twitch allows streamers, brands and users to connect in real time and with no delays. This means creators are more accessible than on other platforms where content is pre-filmed and edited.

Whilst beauty brands have begun experimenting with Twitch channels, we are yet to see one be hugely successful, suggesting they are missing an opportunity to take the market lead. Social media is a highly crowded and competitive marketplace, so having a competitive advantage in the right marketing channels to target a lucrative audience can do wonders for a business.